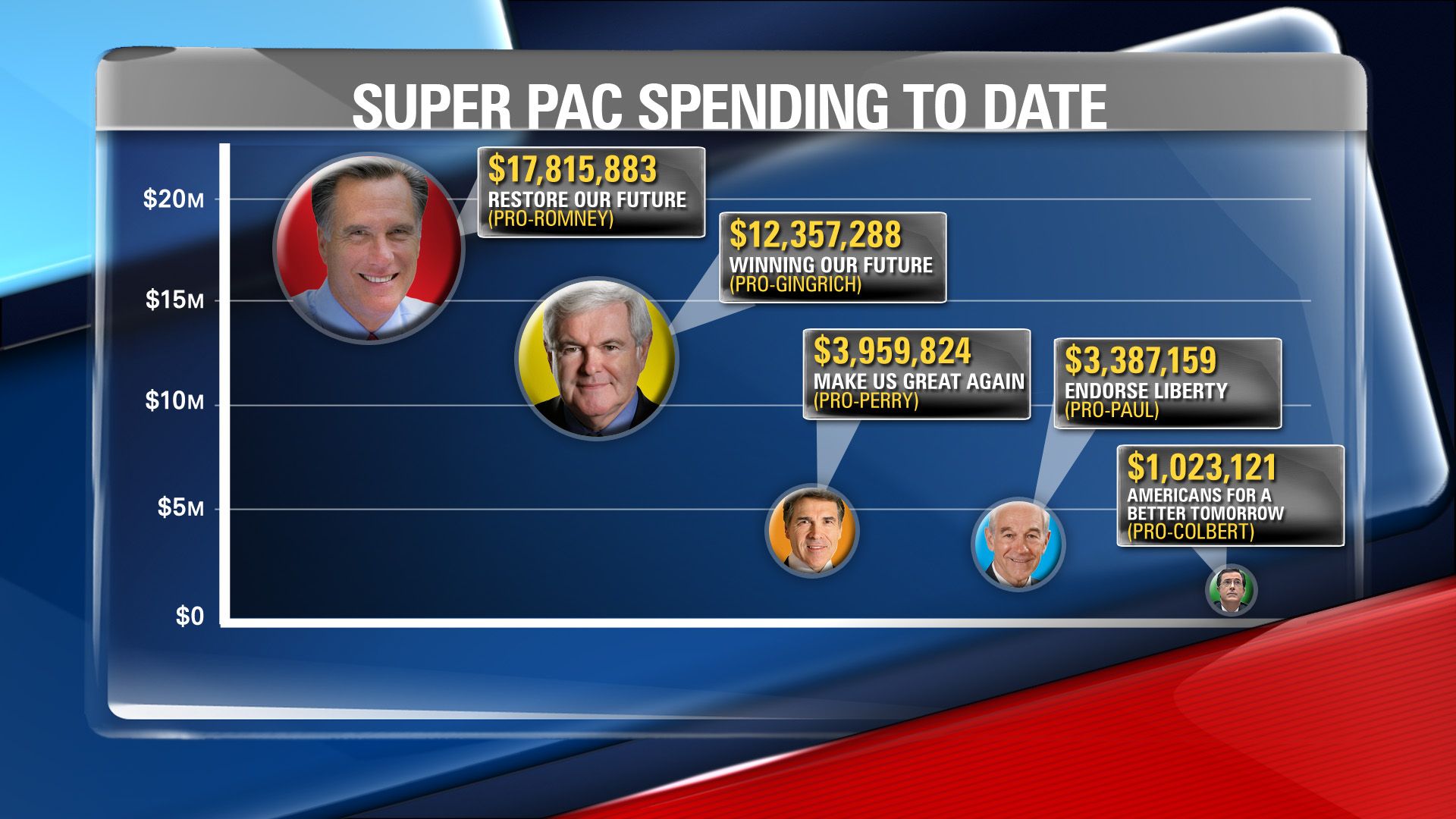 The numbers are in... Super PAC spending numbers that is. Super PACs, also know as Political Action Committees, were required on Tuesday to file the names of donors and accounting information with the Federal Election Commission.

Super PACs like Restore Our Future, a pro-Romney group tops the list at $17.8 million with Winning Our Future, a pro-Gingrich group not far behind spending $12.3 million. The names behind much of the contributions to Super PACs were also revealed. Casino owner Sheldon Adelson, along with his wife, donated $10 million to Winning Our Future. Hedge fund manager, Robert Mercer of Renaissance Technologies, contributed $1 million to Restore Our Future.

CNN's Erin Burnett will break down the numbers behind the money bankrolling this year's presidential race. For more on Super PACs, tune in tonight at 7pm ET for our CNN in-depth coverage of Super PACs.