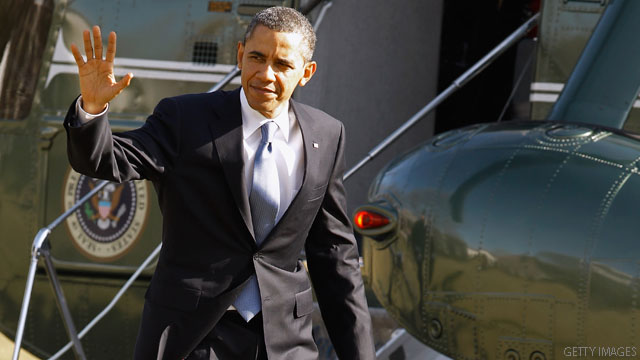 Tuesday Rick Santorum won the primaries in Mississippi and Alabama which means there is still no clear frontrunner in the GOP race.

Because the date of the election may have already guaranteed a Republican candidate will win.

An intriguing pattern has emerged over the last 150 years: When the U.S. Presidential election is held on November 6th the Republican candidate always wins.

In 1860, the first year the presidential election fell on November 6th, Abraham Lincoln, a Republican, was elected to office.

The next time the election was held on the 6th of November, Benjamin Harrison, also Republican, won.

But all might not be lost for this country's Democrats.

Or maybe, despite all of these strange coincidences, it might come down to the voters.

What do you think of these theories? Who are you voting for in this year's election? No, really, do OutFront staffers really have this much free time?

Leave a Reply to saveusall

@atrupar In fact - I actively root for anyone even in my generously defined range, even those I *really* disliked when we were young
ErinBurnett

8:22 am ET January 16, 2022 RETWEET
RT @ScottGottliebMD: Two years ago today: The WHO reassures the world, on behalf of Chinese authorities, that there was “no clear evidence…
ErinBurnett