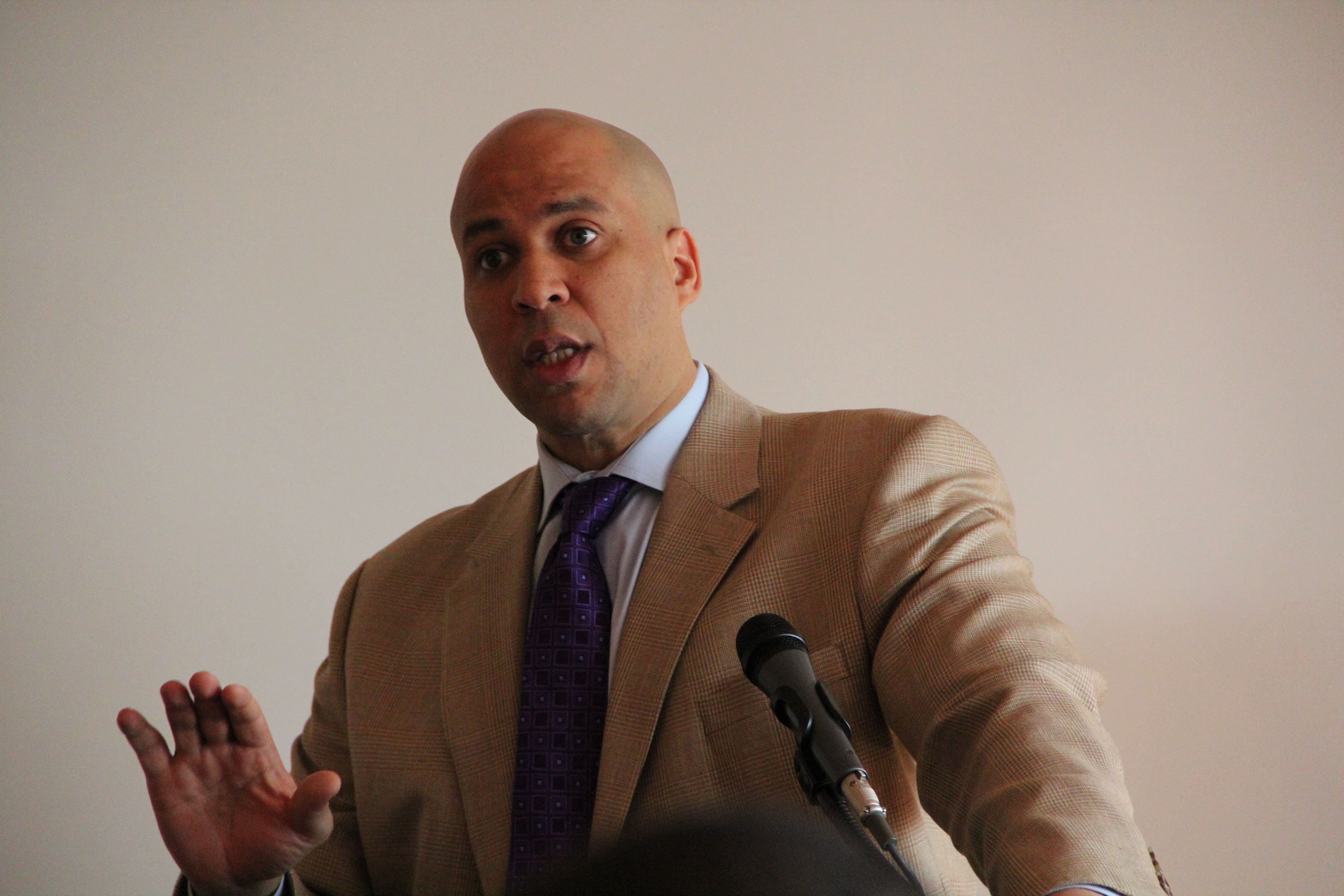 Newark Mayor Cory Booker says the shooting of Trayvon Martin has "touched a nerve" for many Americans–but he hopes the teenager's death will lead the country to take a fresh, hard look at bias and bigotry. As for the shooter in the case, George Zimmerman, Booker says "I am praying for justice."

What is your response to the Trayvon Martin shooting case?

Mayor Booker: "I am praying for justice"

It’s an interesting awakening for a lot of America - understand that this is not something new - that young black men walking through neighborhoods, we see instances like that in New Jersey. You can be a judge but they see you in sweat pants walking through a mall and you're a suspect. This has touched a nerve for many [people]. Why do we still have in the United States of America people that are under suspicion just because of the color of their skin, their age and gender?

This to me is outrageous, but it goes on quite often. This is a painful experience, it's an experience that's outrageous, but I am also hoping it's an experience that all of us will use to elevate the moral compass of the country that there is still bias and bigotry that directly affects our young people. I see this in my community all the time that kids get the perception that the world is stack against them that even if they play by the rules. There’s always somebody trying to stop them and that creates a consciousness of hopelessness and that’s a very dangerous thing.

I am praying for a couple of things: I am praying for justice in this situation. Because I don’t understand…If a Black man was following a white man, white boy walking around and was on the phone with police and said 'I see a white man walking through the neighborhood' and used epithets and kept following that person and then they had an altercation, none of us know exactly what happened. The fact that he was stalking him - if someone is following me, I am immediately suspicious and very concerned. I might confront that person, but you never know what might come. There's something, my feeling deeply wrong, offensive that create a culture with in America where gun wielding people follow somebody just because they look suspicious and they’re nothing wrong but walking with those very dangerous items – skittles and ice tea.

What is the latest on the NYPD Muslim surveillance case?

Two points that are important here: One is the real impact it has had on the Muslim community here in Newark and this can’t be underplayed. The feeling of violation, ... and being victimized by law enforcement authorities for no good reason. Now I am the first person who is going to say that we need to be proactive on protecting our communities. And if there’s a reason to investigate, to surveil, to record – I am all for it, but if it's just general surveillance just for the fact of people pray in a certain way that’s unacceptable to me and that’s how the community feels… you can have no evidence to the contrary but that’s how the community feels and that’s very problematic.

I have been told by one [Muslim] leader that students are afraid now to go to worship services for fear that they are being followed and surveiled. I’ve been told by Imans that people are afraid to dine in certain establishments for fear that they’re under surveillance and that is unacceptable to me and the damage done on the community is real. My biggest concern right now is healing within that community and giving a sense of faith and security. We need to change our internal protocols to make sure that anybody that comes to us from now on will go up the chain of command, even to the J.T.T.F., Joint Terrorism Task Force to make sure that they are aware.

And as the governor and I have talked about this we have proper protocols that are already setup for this. The J.T.T.F. actually has New York City police officers on it and so that’s the system that should have been used in my opinion and that we should be using in the future.

How has the Muslim surveillance case impact your relationship with New York City Mayor Michael Bloomberg?

Mayor Booker: Mayor Bloomberg is a 'friend' and 'mentor mayor'

I am not an apologist for Mayor Bloomberg, but I am very up front that he is a friend of mine, and I even call him a mentor mayor. He has a sense of determination when you talked to him about these issues in private that it’s laudable - he’s already stop 14 terrorists plots in the city of New York, if I have that number right and he is determined that he will allow nothing else to happen. I think that is laudatory, that determination, but we in this very tight knit community, maybe different state borders in the like, but this is one metropolitan area, we need to make sure we are communicating and working in a seamless fashion that affirms the security interests of our community, but also affirms religious freedoms of our community as well.