I'll Have Another owner: Horse racing is a "tough game"

Erin Burnett caught up with I'll Have Another owner Paul Reddam just after his horse's sudden retirement from racing was announced. The full interview tonight at 7PM/ET. 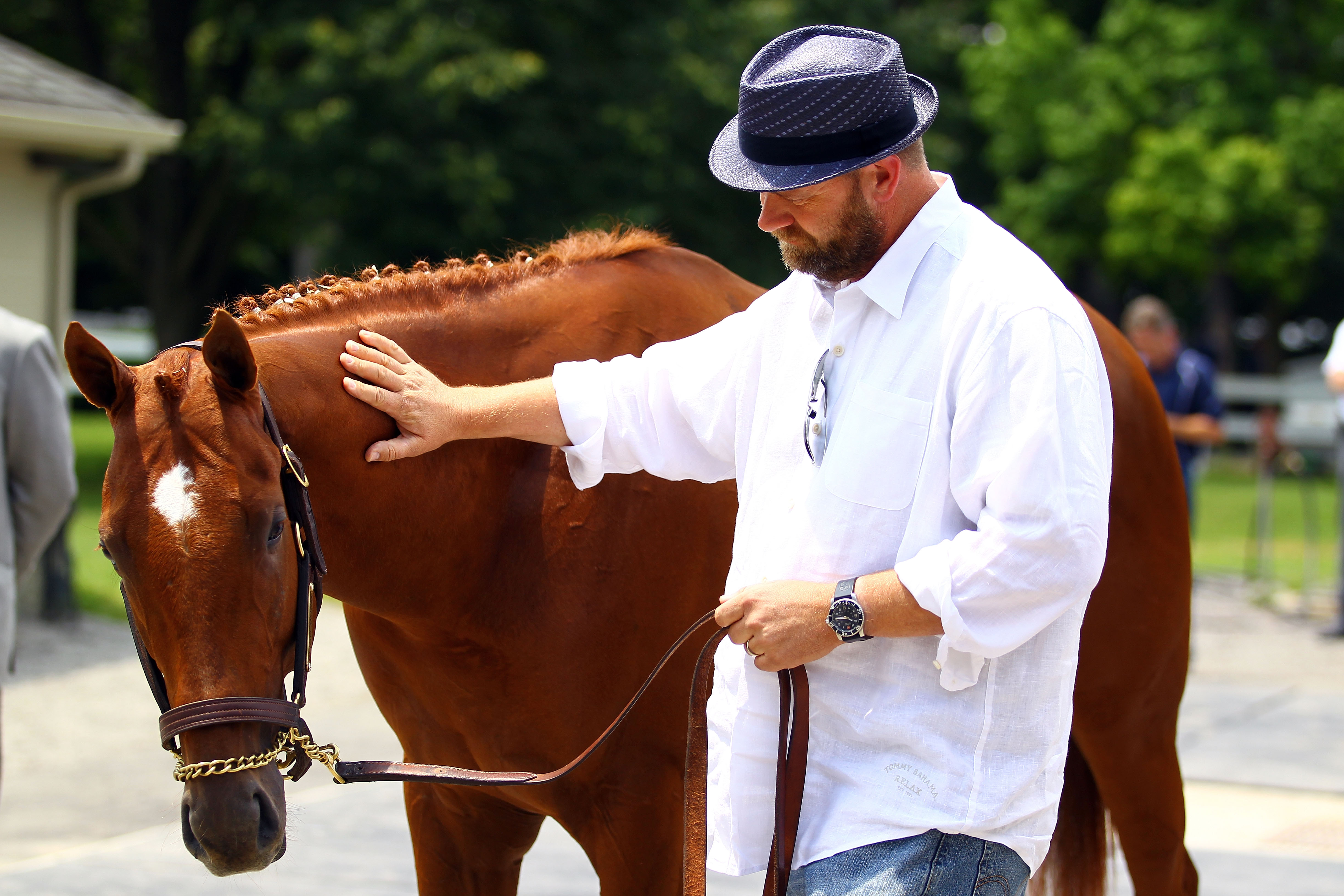 Coming up: Erin talks to the only living Triple Crown-winning trainer

The sudden retirement of I'll Have Another, the odds-on favorite to win the Belmont Stakes tomorrow, has ended this year's Triple Crown chase.

The Triple Crown – a single horse winning the Kentucky Derby, Preakness Stakes, and Belmont Stakes in the same year – is so difficult to achieve that it has only happened 11 times in the history of the sport, most recently in 1978.

Only one man still knows what it's like to train a Triple Crown winner. Erin Burnett talks to Billy Turner, the trainer for Seattle Slew when he captured the Crown in 1977, tonight at 7PM/ET.

I'll Have Another scratched from Belmont, retired from racing

(CNN) - I'll Have Another, the winner of this year's Kentucky Derby and Preakness Stakes, is out of Saturday's Belmont Stakesbecause of a leg injury and has been retired from racing, his team said.

"Yesterday, he galloped great, but the afternoon we noticed some loss of definition in his left front leg to which, like every other owner and trainer, we prayed he just kind of hit himself and it was just a little bit of skin irritation. 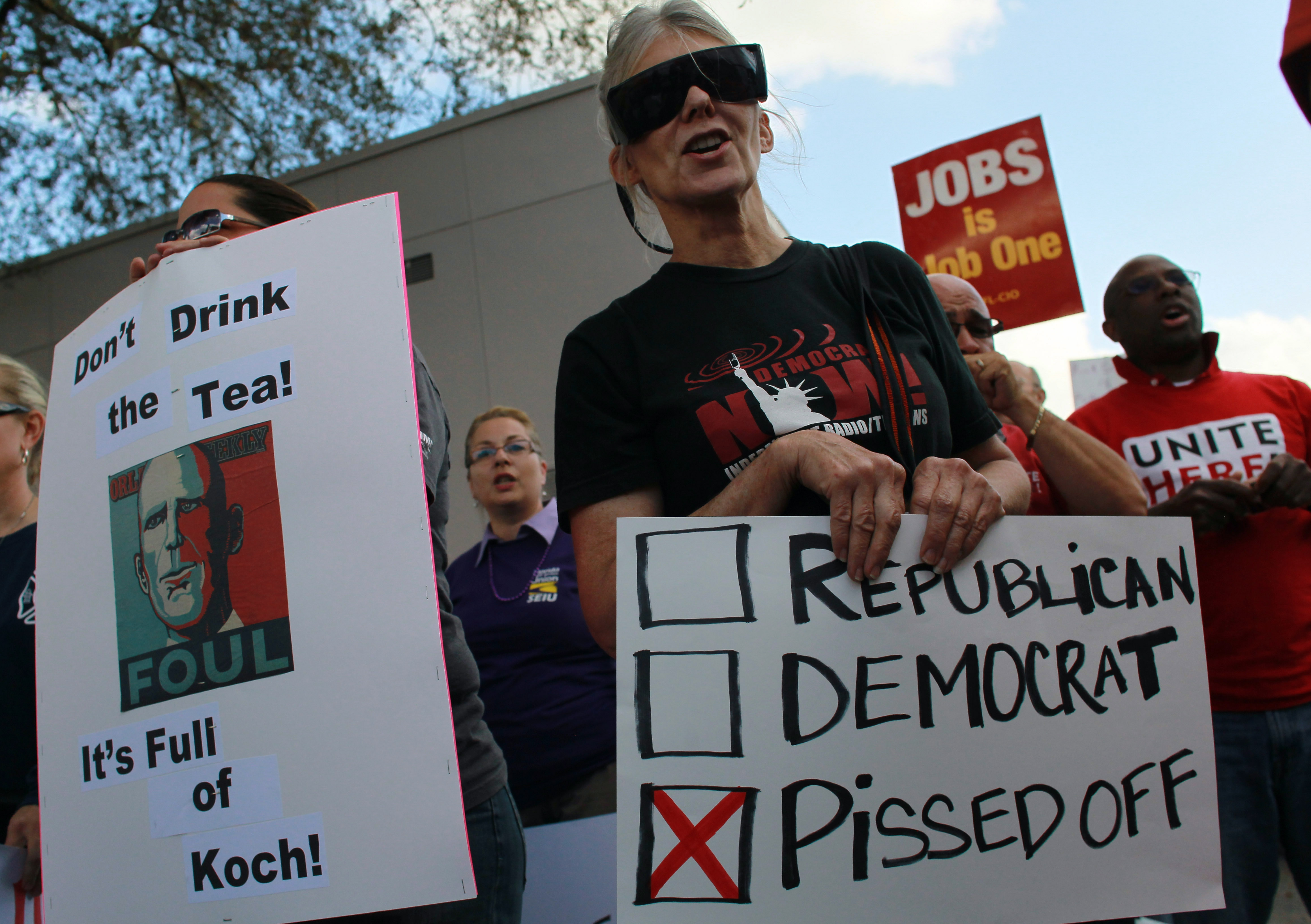 ORLANDO, FL - MARCH 08: Ronnie Hawkins stands with other people during one of several 'Awake The State' events held around the state of Florida to protest the proposed budget cuts that Florida Governor Rick Scott wants to pass on March 8, 2011 in Orlando, Florida.
June 8th, 2012
01:09 PM ET

John Avlon: Hyper-partisanship is hurting us all

It's not just Congress that can't seem to reach across party lines anymore – a new Pew Research poll has found that Americans are more polarized in their political beliefs now than at any other point in the last twenty-five years.

Consensus between Democrats and Republicans on a whole range of issues is slipping further and further out of reach, a reality reflected in the lack of any meaningful bipartisan legislation emerging from Congress.

But in his latest column for CNN Opinion, John Avlon points out a bright spot – the poll found the number of self-described independents is at its highest point in 75 years.

John Avlon is a CNN contributor, OutFront political strike team member, and senior columnist for Newsweek and The Daily Beast.

END_OF_DOCUMENT_TOKEN_TO_BE_REPLACED

A group of over 2,000 former NFL players have filed a lawsuit claiming the league knew about the dangers of repeated concussions and didn't do enough to protect them. Erin Burnett talks to Paul Callan about the implications this suit could have.

The Rise of the Cranberry Caucus

Erin Burnett reports on Sen. John Kerry's efforts to promote the health benefits of cranberries – which also happen to play an important role in his home state's economy.