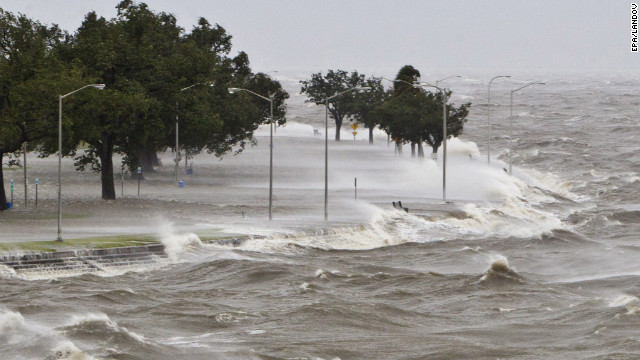 The National Hurricane Center reports that Isaac has downgraded to a tropical storm. Its maximum sustained winds slipped to 70 mph. Isaac has already caused more than 725,000 people to be without power across five states.

Mayor Mitch Landrieu has issued a dusk-to-dawn curfew as the storm continues to pound the city of New Orleans.

Isaac threatened to keep churning for another day.

Dozens of Louisiana families that had ignored mandatory evacuation orders in a low-lying area retreated to their attics and roofs and sought rescue amid the howling wind and pounding rain.