Violent protests raging in the streets of Pakistan today leaving at least 19 dead as thousands of demonstrators burned American flags and chanted death to America.

The Pakistani government declared it a national holiday, calling it a "day of loving the prophet," with hopes of encouraging peaceful protests but that didn't stop extremists from expressing their hatred for America.

According to the state department, the ad cost $70 thousand dollars to run it on 14 different channels reaching 80-90% of the country. But is it throwing good money after bad?

END_OF_DOCUMENT_TOKEN_TO_BE_REPLACED

You already know Republican presidential candidate Mitt Romney released his tax returns today. The political headlines read like this: Romney paid 14.1% effective tax rate in 2011, nearly $2 million. He made $13.7 million last year, as a couple gave over $4 million to charity.

Erin Burnett deconstructs Romney's tax returns: "It's time to put them on the table"

The Romney campaign also released a summary of taxes over a 20-year period, showing Romney paid an average of 20-percent effective tax rate.

Romney on Reid's tax return allegations: "Put up or shut up"

The summary strikes back at Senate Majority Leader, Harry Reid (D-NV), who claimed that an unnamed investor with Bain Capital, Romney's former private equity firm, told him in a phone conversation that Romney had not paid taxes for a decade.

Are the latest Romney document dump enough for critics? And if you accept Romney's 20-year tax summary, then Harry Reid will have to check his sources. Will Reid double down on his accusations or offer an apology to the Republican candidate?

On OutFront tonight, Erin breaks down the returns and evaluates the political implications–7 p.m. ET on CNN.

Romney's summary of returns for 20 years

END_OF_DOCUMENT_TOKEN_TO_BE_REPLACED 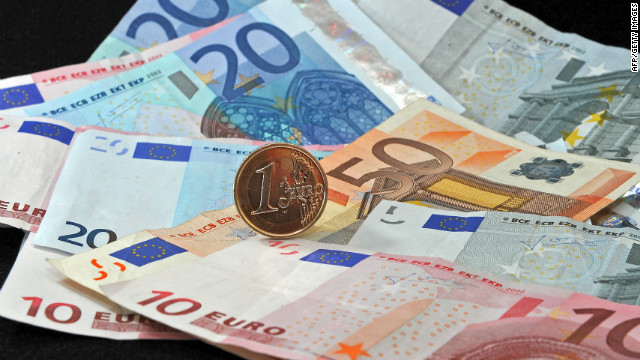 Breaking up the Euro? "Europe can handle it and move on," say Erin Burnett

The euro passed the dollar Friday amidst rumors that Spain may request financial assistance to help its debt crisis.

In FORTUNE magazine's latest edition, CNN's Erin Burnett contemplates bringing back 17 separate currencies – the aftermath may not be that bad.

END_OF_DOCUMENT_TOKEN_TO_BE_REPLACED

America's top tech companies have saved billions of dollars by exploiting U.S. tax loopholes. That's according to the Senate's Permanent Subcommittee on Investigations.

According to the Panel's report, dozens of companies have used the loopholes to shift profits offshore to avoid paying taxes. END_OF_DOCUMENT_TOKEN_TO_BE_REPLACED