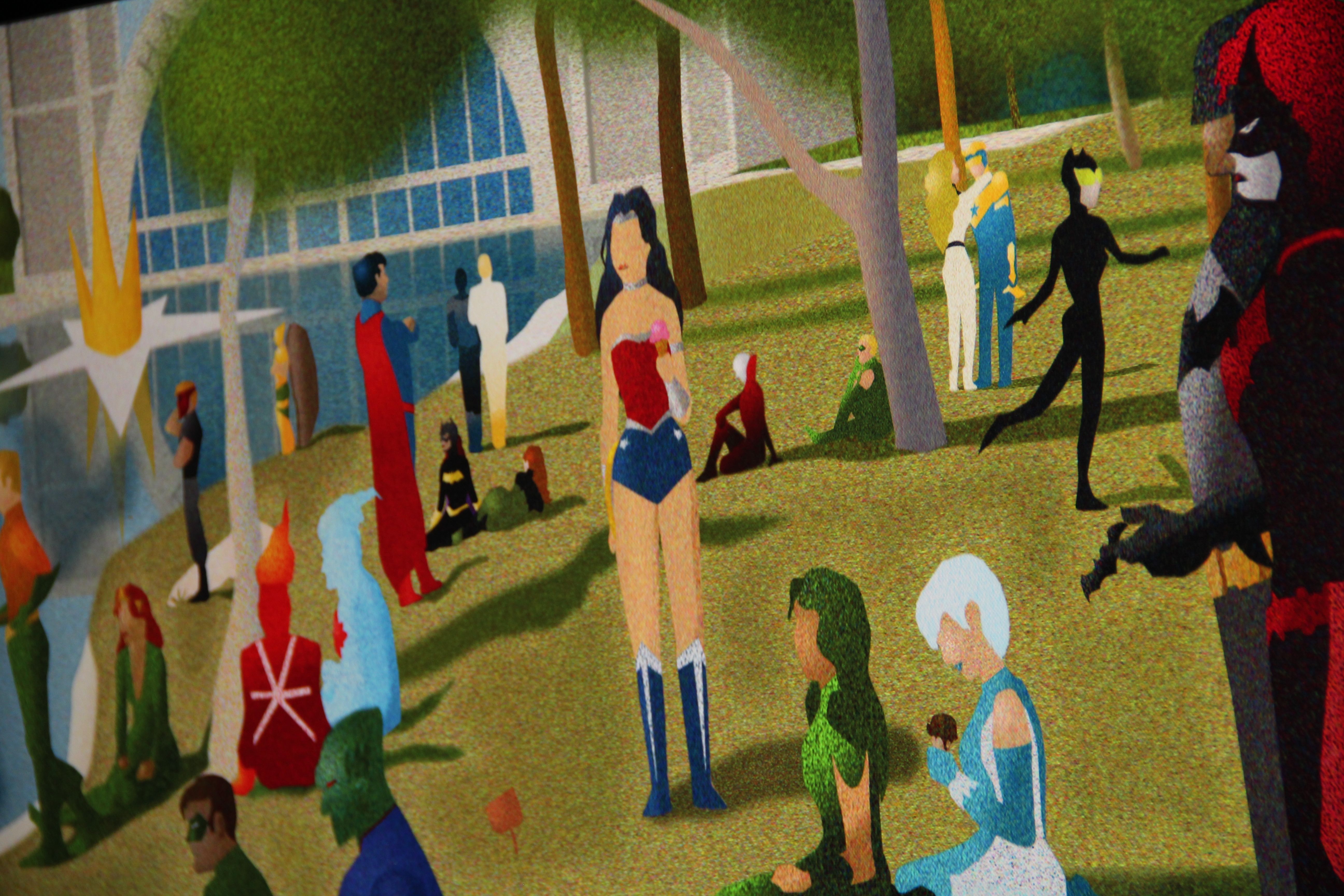 Batman and Superman team up to fight hunger

“A Sunday Afternoon on the Island of La Grande Jatte” was painted in 1884 by artist Georges Seurat.

Created using pointillism, colorful dots that from a distance blend together, it is probably most well-known to the general public as the painting in “Ferris Bueller’s Day Off.”

The work depicts a group of people in a Parisien park – some sitting, some standing, some splayed – and features colorful costumes, pets frolicking in the grass, the Hall of Super Heroes and, is that The Martian Manhunter?

It is usually at this point that passers-by realize this is not the painting by Georges Seurat but a tribute work featuring some of DC Comics’ most popular heroes. END_OF_DOCUMENT_TOKEN_TO_BE_REPLACED

CNN's Erin Burnett is with Focus Group of Virginia undecided voters as they review the best and worst moments of the debate.

CNN's Erin Burnett is with CNN Focus Group of undecided voters in Norfolk, Virginia with their reaction to the vice presidential debate.