Erin Burnett watches Ohio's "Nightmare Scenario" with what we should expect from Ohio on Election Day. END_OF_DOCUMENT_TOKEN_TO_BE_REPLACED 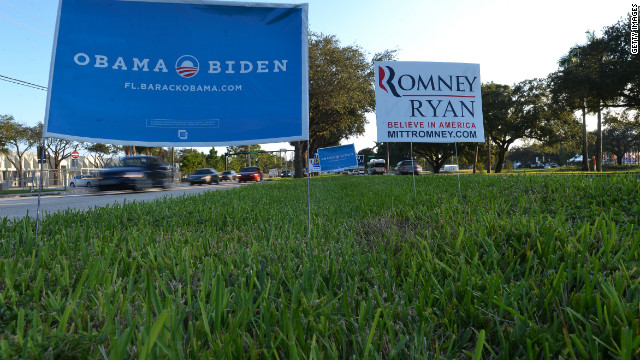 CNN's Erin Burnett is in the crucial state of Ohio following the presidential election from start to finish. The Buckeye state may decide who will capture the White House. Erin Burnett OutFront will have all things #Ohio and everything pertaining to Election Day. END_OF_DOCUMENT_TOKEN_TO_BE_REPLACED

Poll after poll has shows that voters overwhelmingly say the economy is the most important issue to them. However, former New York City Mayor Rudy Giuliani says the deadly attacks on the U.S. consulate in Benghazi, Libya "may be the most important thing in today's election" calling the president's handling of the situation incompetent.

Fair or is the mayor going too far?

Watching "Ohio's Nightmare Scenario": Ohio Secretary of State confident there will be a clear winner on Election Day

A "nightmare scenario" in Ohio could happen if this election is as close as predicted, and it all comes down to the Buckeye state. In fact, we could be waiting up to a month for the winner to be called.

The man responsible for overseeing the whole process is Ohio's Secretary of State, Jon Husted.

Romney: Virginia is 'critical' to victory

CNN's Erin Burnett talks to six-term Republican Congressman Eric Cantor about his state of Virginia and the presidential election. END_OF_DOCUMENT_TOKEN_TO_BE_REPLACED