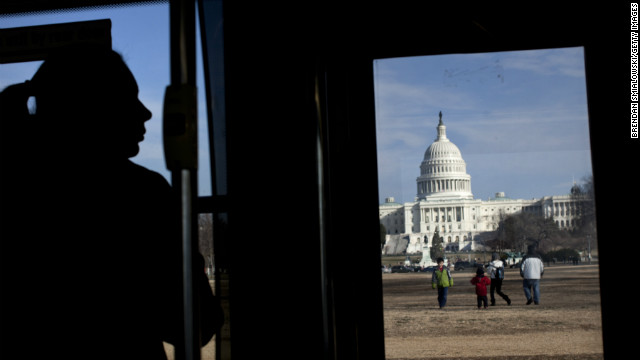 We’ve all used public transportation at some point or another. And straphangers around the country may have a few choice words come to mind when reflecting on their rail or bus experience.

But bus riders in some Washington, D.C. neighborhoods now have one more thing to worry about on their commute.

Metrobuses traveling on some routes in the District of Columbia are being pelted with rocks.

While the police have made no arrests, Dan Stessel of the Washington Metropolitan Area Transit Authority tells OutFront “the conventional wisdom is that this is the activity of a group of juveniles.”

The problem has gotten so bad that Stessel says the transit agency even considered cutting nighttime services on a few routes that have taken a lot of hard hits.

But proposed route changes prompted push back from city officials.

It’s understandable, Stessel says. “Bus service is viewed as a lifeline for many of the city’s residents.”

So the transit agency is instead turning to a flier campaign to discourage the rocky criminal activity.

The fliers are being distributed around community centers in the affected neighborhoods by the Metro Transit Police and the city’s police department in an effort to remind people not to throw rocks at buses because “it’s dangerous and against the law.”

Most of the rock throwing occurs when the buses are en route but off the main road on culs-de-sac and side streets, Stessel says.

The rock pelting has already cost DC Metro tens of thousands of dollars in damage and repairs, including entire windshield and window replacements.

In one severe case, a rock entered through a bus window and hit the bus driver in the head.

Check out the flier below. In fact, do one better: If you live in our nation’s capital, print it and re-post it in your own community.

And please, kids – think twice before you let your friends rock and hurl.

The solution to the problem could be just a stone's throw away.