Is the Tea Party Dead?

Is it curtains for the Tea Party? It's been a rough few months - down in public opinion polls, losing a battle over the fiscal cliff.

And now one Tea Party leader admitting to Politico:

Outfront tonight: Erick Erickson, editor of the conservative blog Redstate.com. He's an influential Republican who says the Tea Party is in "disarray" and Amy Kremer – Chairwoman of Tea Party Express.

The Federal Aviation Administration announced Friday an investigation into Boeing's 787 Dreamliner after a series of recent technical failures.

The plane was supposed to be the key to Boeing's future. Though federal officials say they are confident in the plane's safety, news of the probe sent Boeing shares down.

The stock lost two and half percent in today's trading.

CNN's Sandra Endo has the story. 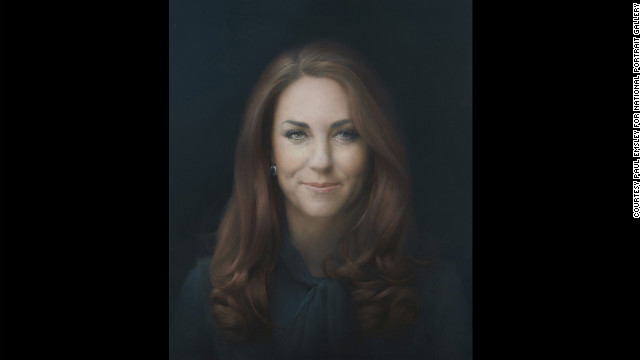 Today, however, those same adjectives were used to describe the Duchess of Cambridge’s official portrait by Paul Emsley that was unveiled at London’s National Portrait Gallery. The painting immediately drew sharp criticism from art critics and the twitterverse alike.

The year 2013 was supposed to be a fresh start for Catherine who had a rough 2012. Recall: the topless photo scandal , her sister Pippa’s ‘gun’ faux pas in Paris, and Catherine’s recent hospital stay due to acute morning sickness that sparked the Australian radio show prank call debacle and subsequently, the tragic apparent suicide of nurse Jacintha Saldanha.

But not everyone hated Catherine’s portrait. Dennis Geronimus, Associate Professor of Art History at NYU, told OutFront “…my initial reaction was that in its smokiness, falling curls and frontal pose the portrait bears a strange (albeit obviously unintentional) resemblance to Leonardo da Vinci's recently rediscovered Salvator Mundi!”

Although Kate reportedly called the painting ‘amazing,’ if she happens to have second thoughts about her official portrait, she’s not alone.

President Theodore Roosevelt famously hated his official portrait by Theobald Chartran so much that he allegedly tried to hide it in a dark corner of the White House and eventually had it destroyed so that John Singer Sargent could paint a new one.

California Senator Dianne Feinstein, a Democrat who plans to introduce a bill banning assault weapons and high capacity magazines, released a statement, asking: "How many more shootings must there be in America before we come to the realization that guns and grievances do not belong together?"

This all comes as Vice President Joe Biden met with his gun violence task force today and members of the NRA and touted some of the ideas up for consideration.

At least 12 whales swam into the waters north of Quebec during warmer weather but got stuck when the water froze.

The whales were forced to breathe out of a hole slightly bigger than a pickup truck in order to survive. It was a captivating story, that left us all on the edge of our seats.

We can report... The whales are free!

The winds shifted overnight, creating a passageway in the ice leading directly to the open water 6 miles away. The whales were able to follow it out.