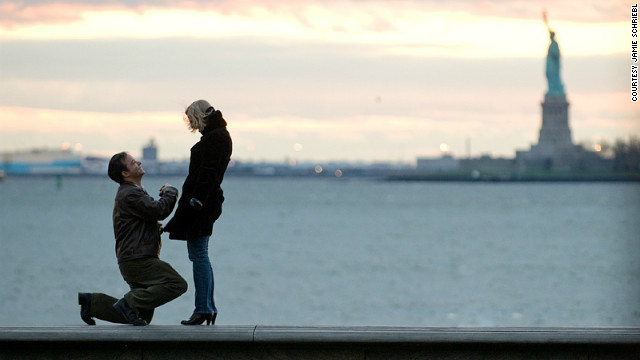 CNN Profiles: An inaugural love story in a highly partisan world, "You learn to disagree agreeably"

Editor's Note: CNN Radio Host Michael Schulder interviews CNN Contributors Margaret Hoover and John Avlon about how they met, and how they approach their marriage with different political stances.

CNN Profiles: Can this marriage save American politics?
Hosted by Michael Schulder

(CNN) – On a cold November afternoon in 2008, in lower Manhattan, as HER candidate was serving his final weeks as President of the United States, HE was inspired.

He wasn't a Bush man. He is not a party guy at all.

And given the family she comes from, what was captured in this stunning photo was the inauguration of a political intermarriage.

Her family, the Hoovers, may have preferred a son-in-law from the party of her great-grandfather, Herbert.

But as often happens when people get to know each other, love trumps politics – or at least it takes the edge off.