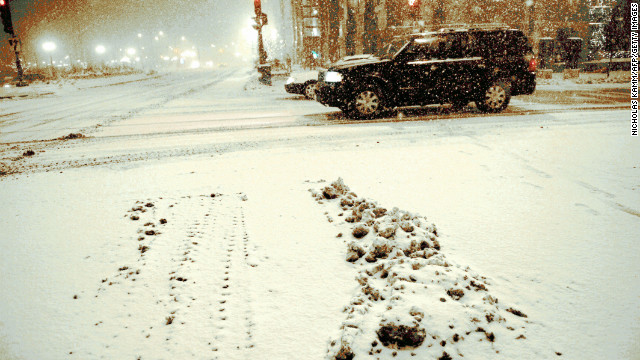 According to the Chicago Police Department weather is an influencer on crime.

When temperatures were 30 percent above normal and snowfall was 30 percent below average, Chicago’s murder rate spiked 66 percent in the first quarter of 2012.

The numbers back that up – the Chicago murder rate is up 16% for the year.

But if you think you can avoid the problem by avoiding Chicago, you're wrong.

The lack of snow is terrible news for anyone who needs to eat food to live.

The snowless winter is doing a number on winter wheat, a common crop in the Midwest used to make bread and other food items.

Snow cover actually serves as an insulator for the crop, protecting it from arctic cold snaps, by keeping soil temperature closer to freezing than subzero.  The record low snowfall has hindered the growth of winter wheat and made it vulnerable.

And it's not just winter wheat that's having a "croppy" season.

Many plants in the region rely on moisture from melting snow during the spring. If the snowless winter yields to a dry spring, the no-snow will render the growth of these plants a no-go.

Try to remember that the next time the weather makes you flurry-ous.