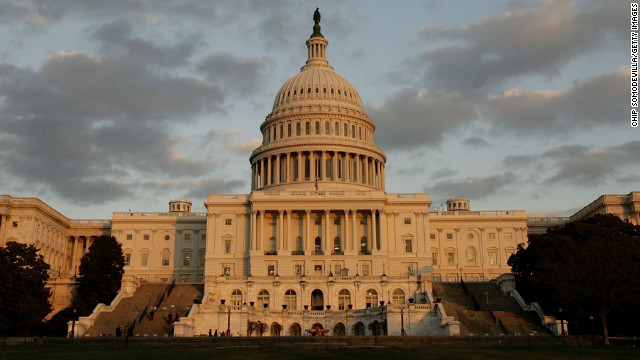 Members of Congress will take on sexual assault in the military in a big way this week.

On Tuesday, Congresswoman Jackie Speier (D-C.A.) is bringing a military sexual assault victim as her guest to the State of the Union. Sen. Jon Tester (D-Mont.), and Rep. Chellie Pingree, (D-Maine) will introduce on Wednesday a bill that will help sexual assault victims in the military receive VA benefits.

I agree 100% – TX paper calls 4 civilian oversight in cases of military rape & sexual assault, not by chain of command bit.ly/156QPQV

This comes after the House Armed Services Committee held an open hearing January 23rd on the sexual misconduct at Lackland Air Force Base in which 32  instructors were accused of sexual assault-related crimes against 59 trainees.

Gen. Rice said that since the incidents were reported seven months ago, there has not been one report of sexual misconduct at the Lackland base.

"The key to success over the next weeks and months and years is to sustain the intense level of focus we have devoted to this issue over the past nine months," said Gen. Rice.

In Gen. Welsh's opening remarks he said, "The impact on every victim, their family, their friends, the other people in their unit is heart-wrenching, and attacking this cancer is a full-time job and we are giving it our full attention."

The sexual assault victims in the second panel gave their statements to an almost empty room, with only a handful of the Armed Services Committee present out of 62 members, most of whom were present during the first panel.

The Air Force did not stay to hear the victims' testimony.

Why rapists in military get away with it

Rep. Speier, who's also a member of the House Armed Services Committee said she was "disappointed" that Committee members and Gen. Welsh and Gen. Rice didn't stay because they could have "learned a lot from the powerful testimony of these victims."

The Department of Defense and Lackland Air Force Base didn't answer phone calls in regards to the story.

Rep. Speier brought this issue to attention over a year ago when she introduced the Sexual Assault Training Oversight and Prevention Act (STOP) in Congress back in November 2011.

This bill would take the jurisdiction out of the hands of the military's chain of command in sexual assault reports and cases, and create an independent institution to handle them- a measure that Rep. Speier says is a necessary one, since according to Department of Defense data 23% of female victims reported their attacker was someone in their chain of command, and 39% report it was someone of higher military rank.

According to Gen. Walsh's testimony at the hearing, he doesn't think "institutional directives will solve the problem" but suggests that "caring more for every airmen will help solve the problem."

The bill languished in the House Armed Services Committee after Committee Chair Rep. Buck McKeon (R- CA) chose not to have a hearing or vote on the bill.

During the hearing on Lackland Rep. McKeon said that, "Legislation is not the only answer. Commanders at every level and in every service must make eliminating sexual assault, and all forms of sexual misconduct from their commands, the highest of priorities. Senior leaders at all levels must hold commanders accountable for aggressively pursuing allegations of sexual misconduct. We will accept nothing less."

Rep. Speier who has perhaps been the strongest advocate of victims' rights on the Hill was not satisfied with the outcome of the hearing.

"This country puts so much confidence in our military, and we need to have a system that reflects those high moral values and we need a system in place that works."

Members of Congress aren't the only ones calling for action- several victim advocacy groups have been created in recent years, and more and more victims who experienced sexual assault while serving in the armed forces have come forward thanks to the help of those victim advocacy groups, like Protect Our Defenders.

Paula Coughlin, victim of the 1991 Tailhook scandal and one of the leaders in the petition to have an open hearing on Lackland, was also present at the hearing.

"Out of all the injustices, disappointments, and leadership failures in my career, that was the worst," said Coughlin. "If they can't stand in the room and listen to these victims speak about sexual assault in the military, how can they solve it? If this issue really is their top priority then there is no where else they should have been for that last hour of the hearing,"

Despite actions taken by Washington, like Defense Secretary Panetta's recent legalization of women in the armed services engaging in combat, the numbers of sexual assault in the military of both men and women as recently as 2011, is shocking.

One in every three women gets sexually assaulted in the military, and 1% of all male servicemen. In FY 2011, there were 3,158 cases of sexual assault reported within the U.S. military. Out of those cases, only 48 subjects were discharged from the military.

The military estimates that more than 85% of sexual assault victims did not report their attack, and they also estimate that 19,000 sexual assaults occurred in FY 2011.

"After all these victim's have been through, they deserve justice."