Embattled Rob Ford announced at a press conference Thursday that two more of his employees have resigned, bringing the number of staffers who have quit or been fired in the last seven days to five.

Despite the exodus, Mayor Ford insists it's still business as usual at city hall.

"I emphasize and I assure you that the work is being done. Phone calls are being returned. Emails are being responded to. I was elected to keep taxes low and to reduce the size and cost of government and that’s exactly what I’ve been doing every single day. I’ve been interviewing candidates all week and I look forward to hiring new staff as soon as possible."

Parking. It's annoying. And as the population continues to swell it can only get worse – right? 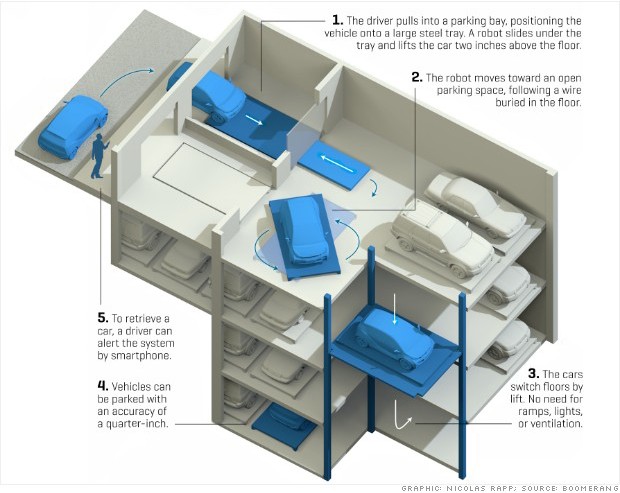 One company has an IDEA that could take the pain out of parking and they're doing it with robots.

Fmr. coach on new Rutgers athletic director: "It's like a fox guarding the hen house"

Rutgers University is facing even more questions over its decision to hire Julie Hermann to help turn around the school's scarred athletic department.

Some members of the university's search committee reportedly complained the hiring process was too rushed and they didn't have enough information about the candidates.

Information, for example, that may have shown Hermann was linked to a sex-discrimination lawsuit while at the University of Louisville.

It was filed by Mary Banker, a former assistant track coach.

She worked under Hermann, and claims she was fired for complaining about sexist behavior by male coaches.
A jury awarded Banker more than $300-thousand dollars, but that decision was later overturned.

Jake Tapper spoke to Banker about her experience working with Hermann.