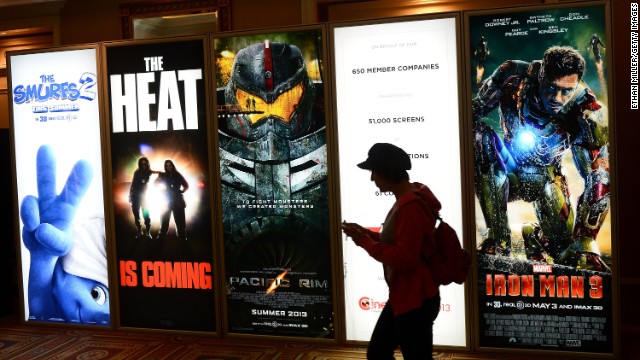 It took 41 years but we may have finally killed originality

It's an original story that's unlike anything that's ever been produced.

What do you do next?

Because, according to the numbers, original ideas just don’t sell.

Of the ten highest grossing films of the year (so far), 8 of them are sequels or remakes and one – “World War Z” – is based on a book.

That leaves the animated film “The Croods” as the only truly original movie that cracked the top ten this year.

And it's been like that for a long time.

In the past few decades the majority (by a large margin) of the highest grossing films have been sequels, prequels or remakes with series like “Harry Potter,” “Twilight,” “Shrek” and “The Dark Knight” dominating at the box office.

In fact, we looked it up, and you have to go all the way back to 1972 to find the last year where there wasn't a single remake or sequel included in the ten highest grossing films of the year.

Yes, sequels and remakes have been a major part of our move-going life for the past 41 years, which is an interesting number because, coincidentally, $41 million is the amount of money "The Conjuring" earned at the box office this weekend.

It's a new horror movie that managed to scare up a monster amount of money (and debut at number one) despite the fact it's not based on a previous film or a book.

So much money, in fact, New Line – the studio behind the film – has already announced plans for a sequel.

We want to know what you think... Is originality dead in Hollywood? Does it matter? What were your favorite films of the past ten years? What’s your favorite sequel or prequel or remake?

RT @KayeSteinsapir: I’m not criticizing Katie. Or even People Magazine, really. I wish that our culture would stop imposing these impossibl…
ErinBurnett

7:57 pm ET October 16, 2021 RETWEET
Not for the first time - Me: “where is my mask, I lost my mask” (when about to enter Building requiring). It is twitter.com/i/web/status/1…kXHwwM
ErinBurnett

6:45 pm ET October 15, 2021 RETWEET
RT @OmarJimenez: This week the head of the Chicago Police Union claimed 50% or less of the force would be available this weekend over a dea…
ErinBurnett