It was supposed to be a diplomatic breakthrough. President Obama avoided American military action in Syria by making a "deal" on chemical weapons.

The problem is - the deal was oversold. There are new concerns about what's really going on in Syria.

Toronto's Mayor Rob Ford is one of many mayors behaving badly

Toronto Mayor Rob Ford has admitted he's smoked crack cocaine, likely during one of his "drunken stupors," he says.

Pressure is growing for him to resign, but Ford is not backing down. He plans to run for re-election.

So, can his career survive? He isn't the first mayor caught behaving badly.

Lawmakers have unanswered questions on attack at U.S. embassy

(CNN) - A week before Congress is expected to finally hear from CIA contractors on the ground in Libya during the deadly Benghazi attacks, a Republican member said it is long overdue the American public learn the truth of "the murky events of September 11, 2012," that left a U.S. ambassador and three other Americans dead.

"We know what the senior people have said but we don't know what the people who were on the ground are going to say and we need to get those answers," Rep. Devin Nunes (R-California) told CNN by phone Wednesday.

In a letter to House Speaker John Boehner sent Wednesday, Nunes said if questions remain unanswered or "if some answers differ substantially from the established narrative and timeline of the attack, then it would be warranted to take new measures to complete the investigation and synthesize the information obtained by the Intelligence Committees and other committees investigating the Benghazi attack."

Damning testimony from a former inmate who knew Martin MacNeill, the former Utah doctor accused of killing his wife.

The inmate told jurors that when MacNeill was serving time for identity theft - he boasted that he was going to get away with murder. 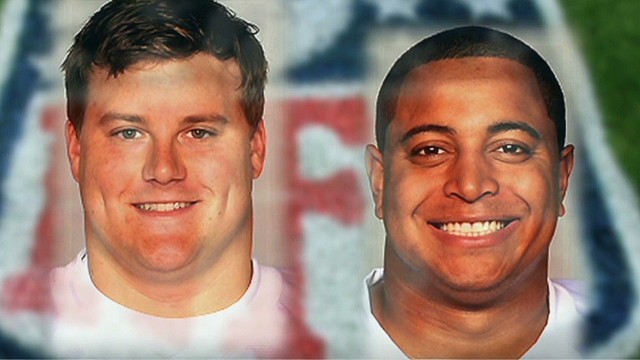 Martin left the team abruptly last week, and reports have surfaced that he was being bullied by Incognito.

Incognito has been suspended pending an investigation, but another team member says it doesn't add up.

Ed Lavandera is Outfront with the story.