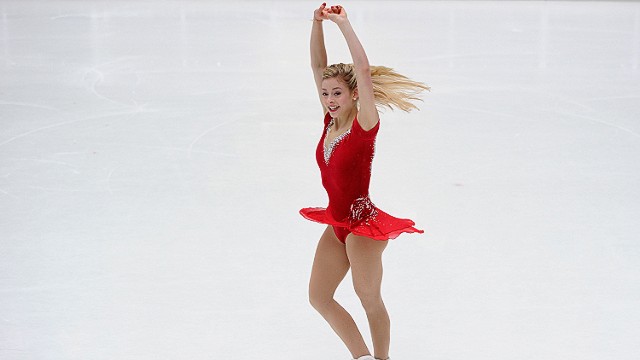 BOSTON — With less than a month until the 2014 Olympic Winter Games in Sochi, the U.S. women’s figure skating team has the daunting task of preparing not only for solo performances but for the first team competition in Olympic history.

Now that the U.S. National Championships are over, before Gracie Gold, Ashley Wagner and Polina Edmunds take center ice in Russia for the biggest competition of their lives, they will have to get back to training, planning their Olympic experiences and dealing with the inevitable wrath of the international media.

Historically, the ladies of the U.S. Olympic figure skating team are the media darlings of the games. If a U.S. skater wins the gold medal, she will most likely become a household name. (Think Tara Lipinski, Sarah Hughes and Kristi Yamaguchi.) Even if they don't medal, this is probably the most international attention that Gold, Wagner and Edmunds will ever face.

Wagner, an army brat, is more the girl next door. She’s not afraid to throw away her talking points or mouth “I’m sorry” to the camera in the kiss and cry. Earlier this season, she spoke out against the anti-gay legislation in Russia when her teammates zipped their lips.

At 15, Edmunds is new to the game and soft-spoken but has caught up quickly. At nationals, she was already stressing her Russian heritage. Her mom and part-time coach, Nina Edmunds, was born there, and Polina can fully understand her mom and grandmother when they speak Russian.

@greta I would be pinching myself with any of 25 countries. Or more. So many adventures in amazing places!
ErinBurnett

9:46 pm ET October 20, 2021 RETWEET
RT @JReinerMD: Thank you to @JohnKingCNN for sharing his very personal story of why vaccines are important to him.
ErinBurnett