It's 20% thinner and nearly 30% lighter than the current iPad, with the same screen and processing chip that's in the new iPhone 5S.

Everyone wants to know if this is a must-have device or just another iPad.

Richard Quest, the host of "Quest Means Business" is OutFront. 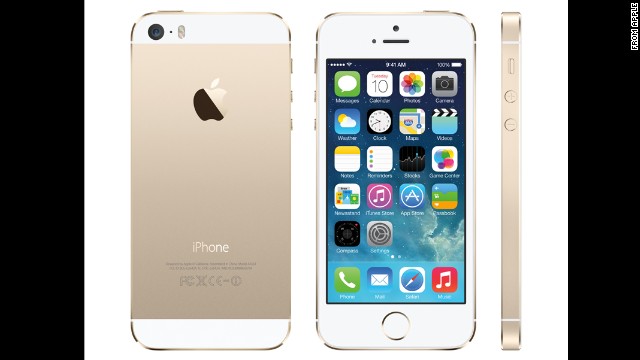 NEW WORD ORDER: Do you have a “Kardashian Phone”?

New York Times columnist Nick Bilton recently tweeted that the gold-colored iPhone 5 was, at one time, nicknamed “The Kardashian Phone” by Apple employees due to Kim Kardashian’s affection for gold phones.

A source at Apple told me while they were making the gold iPhone it was referred to internally as "The Kardashian Phone."

The term has picked up steam today with a number of columnists and bloggers re-tweeting Bilton and using the term themselves.

Before the gold iPhone model’s launch, some were worried the color would be a “turnoff,” however, the model has since gone on to be the most sought after design.

Like the reality star herself, the phone has become popular – and powerful – despite what critics (and your friends) have said publicly.

Apple announced it sold 9 million new iPhones over the weekend. That number includes both the iPhone 5S, the higher-end phone with a fingerprint scanner and the cheaper 5C, which comes in several colors.

And then there's Blackberry. Today it announced that it was going private. It's being acquired for 4-point-7 billion dollars.

Last week, the company announced it sold only 3.7 million devices over an entire quarter.

OutFront update: Apple announced it sold 9 million of the new iPhone 5S and iPhone 5C models since they went on sale Friday - a record opening weekend for the iPhone.

Today's the day Apple fans have been waiting for - the iPhone 5 is available in 9 countries.

In the United States, Australia, Japan, Britain, France, Germany, Canada and Singapore, tech enthusiasts are lining up around the block to get their hands on the new phones.

Gold iPhone sold out til October

And for the first time ever, Apple is offering its new devices in China on day 1.
That's important because one of Apple's two new phones, the entry-level iPhone 5C, which comes in five colors - was designed specifically for emerging markets.

So what's selling? The iPhone 5S has Alfred sold out of the gold-colored model.

Does this signal a return to power for Apple?

Apple's betting big on these moves, because the iPhone is under pressure.