According to the previously redacted documents, David Wildstein, then a top executive at the Port Authority, sent a photo of a New Jersey rabbi to Bridget Anne Kelley, then a top aide to Christie.

Along with the photo, he sent her a note that read, "he has officially pissed me off."

Kelly responded: "clearly," and "we cannot cause traffic problems in front of his house can we?"

"Time for some traffic problems in Fort Lee"

And that's what apparently set the lane closings at the George Washington Bridge and this scandal in motion.

Christie Christie: "I have no problem with my poll numbers"

He appeared on a New Jersey radio segment 'Ask the Governor'.

Radio Host: You have political capital to advance second term agenda?
Christie: Sure. I have no problem with my poll numbers - still better than most people in my state.

It's an interesting comment in light of Christie's quip earlier Wednesday that pollsters are always wrong, just like weathermen, he said.

Christie also noted that no one asked him about the scandal during a town hall meeting - same as his last town hall.

But he did not note that both forums were held in very Christie friendly areas of the state. 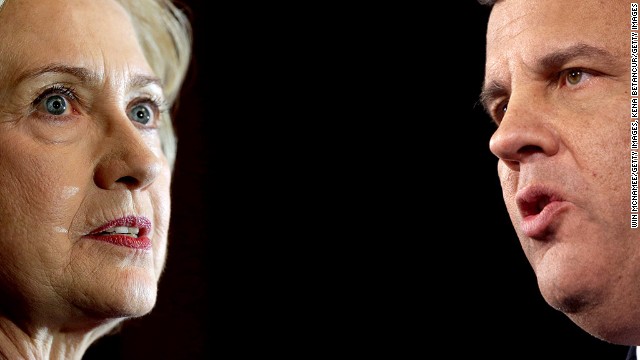 Chris Christie vs. Hillary Clinton: Which potential 2016 presidential candidate has more to hide?

Who has more to hide?

Thirty-three thousand pages of records at the Clinton White House library are still under wraps - even though the legal basis to hold the records expired over a year ago.

Among the papers are confidential communications between President Bill Clinton and then-First Lady Hillary Clinton.

As for the New Jersey Governor, he was met with another friendly audience at another town hall Wednesday, and did receive not a single question about the bridge scandal engulfing his administration.

That's the second time in a row.

The chairman for the Port Authority of New York and New Jersey, David Samson says he is sorry for the September George Washington Bridge lane closures.

"On behalf of the board of commissioners, we are deeply sorry for the inconvenience caused to our travelers." Samson said in a statement at the start of today's meeting of the Port Authority Board of Commissioners.

Samson is a Christie appointee and hasn't spoken publicly since the scandal broke.

The fundraiser took place behind those doors at the Harvard Club in New York City.

But for the second time in a row, Christie postponed a town hall meeting scheduled for Tuesday morning due to snowy weather conditions in his state.

It is now rescheduled for Thursday.

It will be the first time Christie faces questions in person from voters since the George Washington bridge scandal exploded.

Christie vehemently denies knowing anything about his administration's involvement in shutting down lanes on Bridge for political retribution.

CNN's Erin Burnett talks to Host of New Jersey Capital Report Steve Adubato and CNN political commentator Paul Begala about the appearance of Christie spending a lot of time on fundraisers, but not much time speaking directly with the New Jersey voters.

"He needs to demonstrate that he is the governor governing the state." Adubato said, "He's got to hold that town meeting and answer all the questions. Totally unscripted."

In Adubato's new book, "You Are the Brand", he devoted a chapter called "Governor Chris Christie: When Being "Blunt" is Your Brand" to Christie's straight forward approach.

"This is who the people elected, and the irony is that while people say they want honesty and candor in their elected officials, when they get it in spades it can be surprisingly upsetting to some. Chris Christie’s popularity hovers around 50 percent at the time of this writing, and I’m not convinced he’s ever going to be as “Reaganesque” as Wall Street Journal’s William McGurn claimed when he complimented Christie for “offering the voters a dose of Reagan republicanism—with a Jersey twist.” But that’s not really the point. The fact is, Chris Christie tells it the way he sees it."

However,  for this upcoming town hall, Adubato said the governor will need to be a 'kinder, gentler Chris Christie - tough and strong, but not as in your face."

"If he could go an hour at a town hall meeting and not call one of his own constituents an idiot, I'll be impressed," Begala said.