There's a new Pope. But is it the pope the world's Catholics were waiting for?

Catholics across the country and around the world were hoping for a younger Pope. And yet, newly installed Pope Francis is only nine years younger than his predecessor, Pope Benedict XVI.

So what gives? And what does one emotional member of the cardinal class and House Speaker John Boehner have in common?

The world waited over an hour to learn the identity of the new pope. Erin Burnett reports on how the Catholic Church kept a lid on papal leaks.

Erin Burnett  shares her thoughts about Pope Francis and the future of the Catholic Church.

We have a Pope! Argentina's Jorge Mario Bergogolio stepped out on to the balcony of the papal residence tonight and greeted a crowd of 150,000 people in St. Peter's square and more than a billion others watching around the world.

Erin Burnett gives us a look at how this historic moment unfolded.

Roma Downey of 'The Bible': "He’s going to be a pope of hope"

Jorge Bergogolio, who served as archbishop of Buenos Aires, took the name Francis shortly after being elected by cardinals in what was apparently the fifth round of voting on the second day of the conclave.

"It seems to me that my brother cardinals have chosen one who is from faraway. ... Here I am. I would like to thank you for your embrace," Francis said. 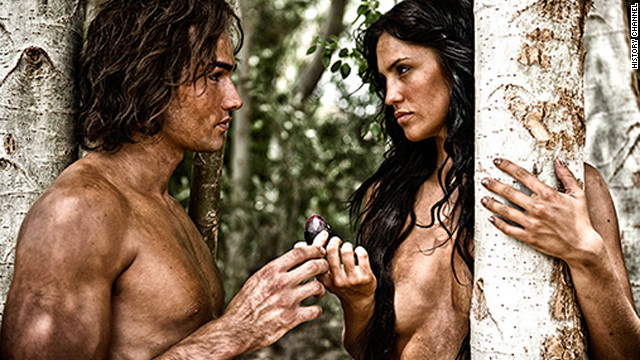 The Bible is HISTORY's new docudrama featuring unforgettable stories from the Books of Genesis to Revelation.

Erin Burnett talks to the co-creator of the History Channel's "The Bible," Roma Downey about her reaction to the new pope.

Downey: People are hungry for purpose

'The Bible' is a 10-hour live-action miniseries based on the bible. The first episode of the miniseries aired March 3  and was seen by 13.1 million viewers, rating higher than any show on the major broadcast networks.

Tune to Erin Burnett OutFront at 7p and 11p ET on CNN for the full interview.