Ray Rice and the players association are expected to appeal the indefinite suspension given to the former Baltimore Ravens running back, after a video of him punching his fiancée was released.  At issue is whether the league and its embattled commissioner Roger Goodell punished Rice twice for the same incident.

In interview with Erin Burnett, the president of the NFL Players association Eric Winston says Rice be able to play again in the NFL.

"I think that we’re all entitled to a second chance." Winston tells Burnett. "Obviously he made a horrific mistake and he’s paying for it.  He’s already disciplined once, and actually disciplined multiple times by the commissioner." 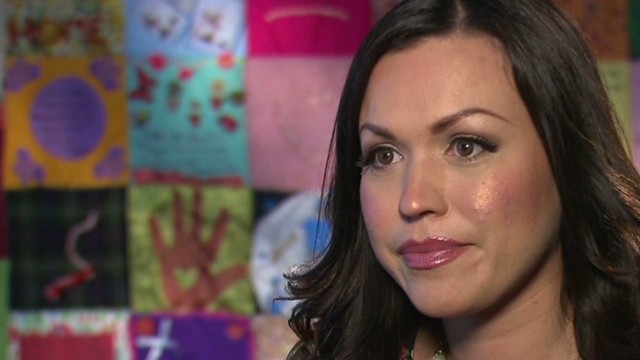 Why some women are proudly wearing Ray Rice jerseys

Some Baltimore Ravens fans are standing by Ray Rice at the first game of the season since Rice was suspended for attacking his now-wife. Many fans attending the game wore his number 27 jersey, including women.

In an interview with CNN's Erin Burnett, Ravens fan Lauren Brown explains why she continues to wear the disgraced football player's jersey.

Goodell vs. Rice: Who's telling the truth?

NFL Commissioner Roger Goodell is digging in, insisting he didn't realize the scope and severity of Ray Rice's attack on his now-wife in a Atlantic City elevator.

In a letter to the player's association obtained by ESPN, Goodell writes that Rice's description of the attack months ago was "starkly different from what he saw on the video that surfaced Monday.

It's an assertion that contradicts a report that Rice confessed to Goodell he had punched his fiancee.

Can NFL investigation into handling of Ray Rice case be truly independent?

There is new evidence the NFL's commissioner is not telling the whole truth about when he first learned that Ray Rice knocked out his now-wife in an Atlantic City elevator.

According to ESPN, Rice revealed to Roger Goodell in June that he had punched his then fiancee.
That contradicts what Goodell told CBS about that conversation with Rice. These inconsistencies have forced the NFL to enlist the help of a former FBI chief to investigate the league's handling of the Ray Rice case. But questions are already growing about who is leading the investigation.